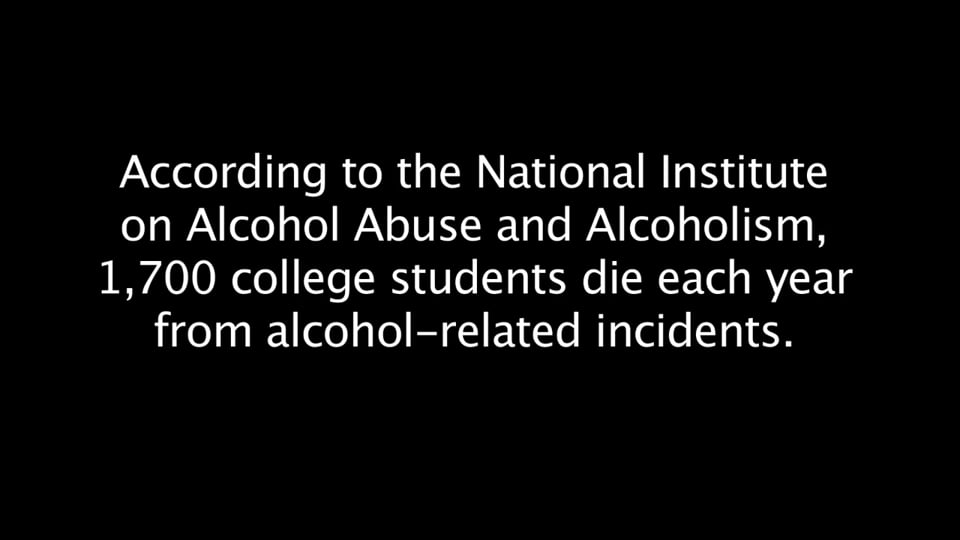 We wanted a male student and a female student’s perspective. Amanda and Andres both volunteered because they wanted to bring awareness about alcohol overdose. Both of them are survivors of alcohol overdose. Their powerful stories served as the main narrative for the final video.

We staged a party reenactment to demonstrate how easy it can be to overdose on alcohol and how people miss the signs. As we were storyboarding the reenactment with Josh Edrington from Student Involvement, our first thoughts were how do we clearly show the danger of alcohol overdose. We needed to have an emotional impact on the audience.

After some brainstorming, we realized that we needed to show someone almost dying. By showing the severe consequences of alcohol overdose, we hoped to make the message clear for the audience. Logistically, we were thinking we need an ambulance and ambulance crew.

Calls were made. Josh managed to secure an ambulance for the reenactment but only for a limited time. The entire ambulance scene was one take. We had one DP, a boom operator, two EMT’s, two talents, and several extras. Everyone had to nail it the first time.

The first take was a success. The video is shown at Dog Days Orientations (Freshman orientation) at Fresno State. The project was one of the most transformative pieces we have produced at that point in our careers. We had a fantastic crew that went above and beyond what was expected. Fresno State’s Student Involvement, the two interviewees (Amanda and Andres), the ambulance crew, and all of the talent/extras really came together to make this video work. We hope that this video will help save lives.

This video went viral across the CSU system and inspired many other universities to create their own video.