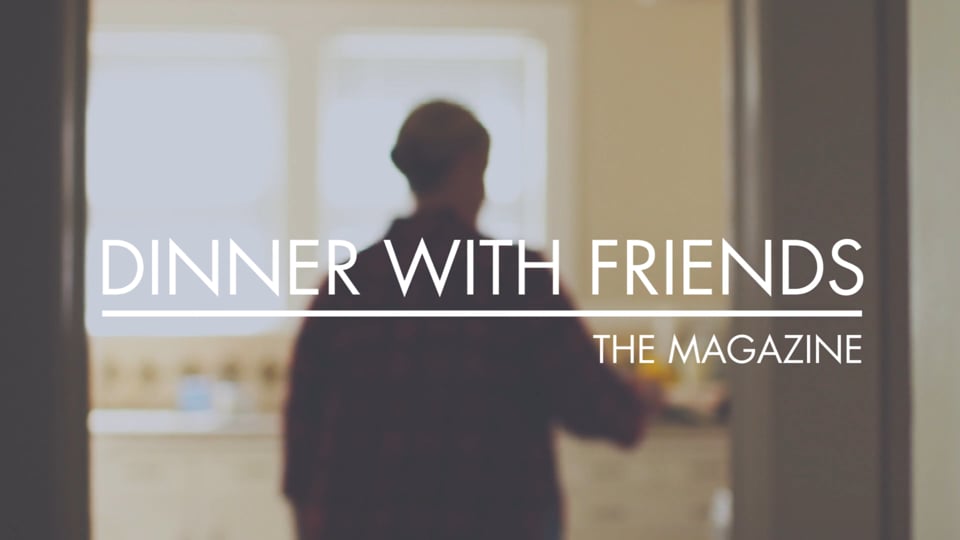 Trying to start a business requires a lot of support, whether it be financial, emotional or tangible. In the past couple of years, we have seen a growth in the number of people who are turning toward crowdfunding in order to turn their dreams into a reality. Crowdfunding is when individuals with ideas turn toward the general public in order to raise money to bring either a business or a product to life through websites like Kickstarter, IndieGoGo and other crowdfunding platforms.

We were fortunate to work with Kendra Gilbert, the creator of Dinner with Friends, a magazine that would feature the people, places, and foods of the Central Valley. Together, we created a video that would go on her Kickstarter page as an introduction to her magazine.

A crowdfunding video must be able to explain the concept of a new product or business in a short and appealing manner, even when the physical product is not yet available. It also needs to be able to explain the need for this new business or product. If the audience doesn’t feel the need for whatever it is you’re creating, they won’t be able to connect with you and in turn, you will lose their support. Finally, a crowdfunding video engages with a “call to action” moment, where the viewer is personally asked to contribute to the campaign.

When we met with Kendra in the pre-production stage, she was able to convince us of the need for a magazine that highlighted the Central Valley in a new format, and that is why we decided to interview Kendra on-screen for the video. Doing so allowed viewers to understand Kendra’s story and what she envisioned in her own words.

One challenge we encountered was the fact that we didn’t have a physical copy of the magazine to show on screen. This meant that we had to get the concept across with images of Kendra sketching and thumbing through magazines. The other shots that helped bring the magazine to life were the dinner party scene and shots of locations from around the city. These shots represented the images that one might see in the magazine, only in a different format.

Overall, we were able to bring Kendra’s vision to life by matching the tone of the video to the tone of the magazine. Shooting with lots of natural light and then color-grading to create a clean yet inviting tone, allowed us to give the viewer an idea of what it might be like to see inside the pages of the magazine without actually having the magazine in their hands.

Agape has been able to work on multiple crowdfunding videos in the past year alone and we have learned to combine aspects of different productions into making videos fit for a crowdfunding platform. Aspects of documentary storytelling help tell the story of who, what, where and why while bringing concepts to life taps into the creative side of filmmaking that can be achieved with interesting lighting and set up, along with a soundtrack that doesn’t compete or overpower the shots and pace of the video.

If you have a new idea for a business or a product and are thinking of crowdfunding your project, we would love to collaborate with you to help bring your ideas to life!